Bantam A National Black – First Star
With his team completing a double header sweep of the Montogmery Blue Devils Gold to move into third place in the EJEPL, Zach Ruffenach scored the game winning goal in a 2 – 1 victory in the morning games which was assisted by Jimmy Hayes and Gabe Bedwell. Ruffenach continued his excellent play and had three points (2 goals and 1 assist) in the afternoon game.

Bantam A National Black – Second Star
Jimmy Hayes scored the game winning goal in a 9-0 victory (assisted by Bedwell and Ruffenach).  He continued to complete the sweep by adding two more goals for a hat trick and an additional two assists for a six-point day.

Bantam A National Black – Honorable Mention
Gabe Bedwell had at total of four points (3 assists in the morning game and 1 assist in the afternoon game). Bedwell has been playing excellent hockey throughout the season and his game is continuing to improve at the right time.

Bantam B National Orange – First Star
Anthony Barbuto – Goaltender who made eleven saves in the 9 – 0 shutout win over the Grundy Senators in Saturday’s win, and turned aside 29 shots to keep his team in the game in Sunday’s 5 – 2 loss to the undefeated Kings.

Bantam B National Orange – Honorable Mention
Andrew Watson, defenseman, had one assist in the loss to the Kings but played great defensively in both games over the weekend

Bantam B National Black – Second Star
Dale Mackay had four points (3 goals and 1 assist) in two games over the weekend. 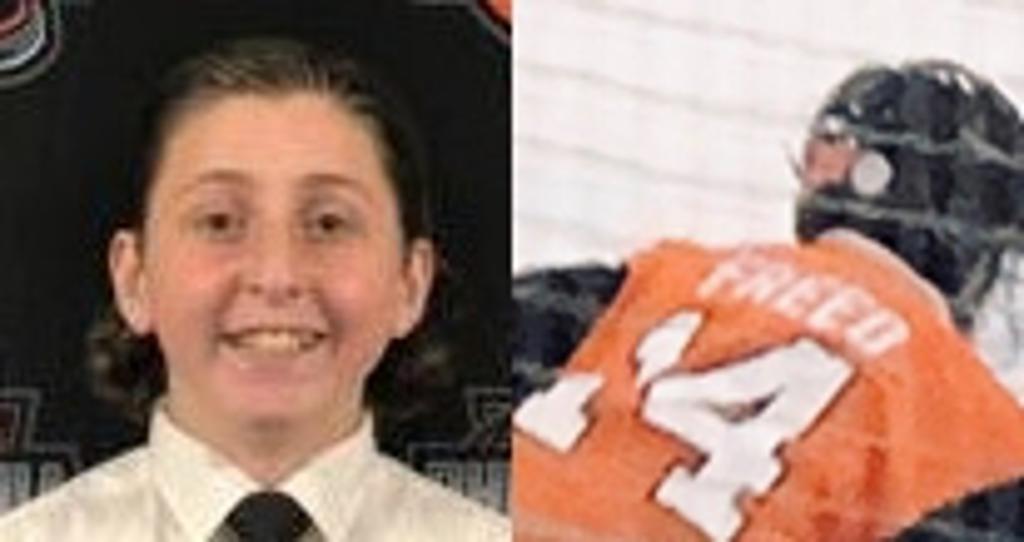