At the Liberty Cup this weekend, both Team Philadelphia Pee Wee B teams cruised through the round robin with 3-0 records to advance to the semifinals on Monday.

Early Monday both teams won their semifinals games to set up an All Team Philadelphia final. Solid goaltending, strong defense and timely scoring was the key to success for both teams all weekend.

In the finals, Team Orange jumped out to a 1-0 lead mid-way through the first period. Team Orange added two more goals to take a 3-0 advantage. Team Black battled back in the 3rd to make it 3-1 and had a few great chances to score late in the period, but just couldn’t get the puck in the back of the net.

Team Black had won the DVHL season series 2 games to 0, so this was Team Orange first victory against Team Black. Congrats to both teams on a strong weekend and their 1, 2 finish!! 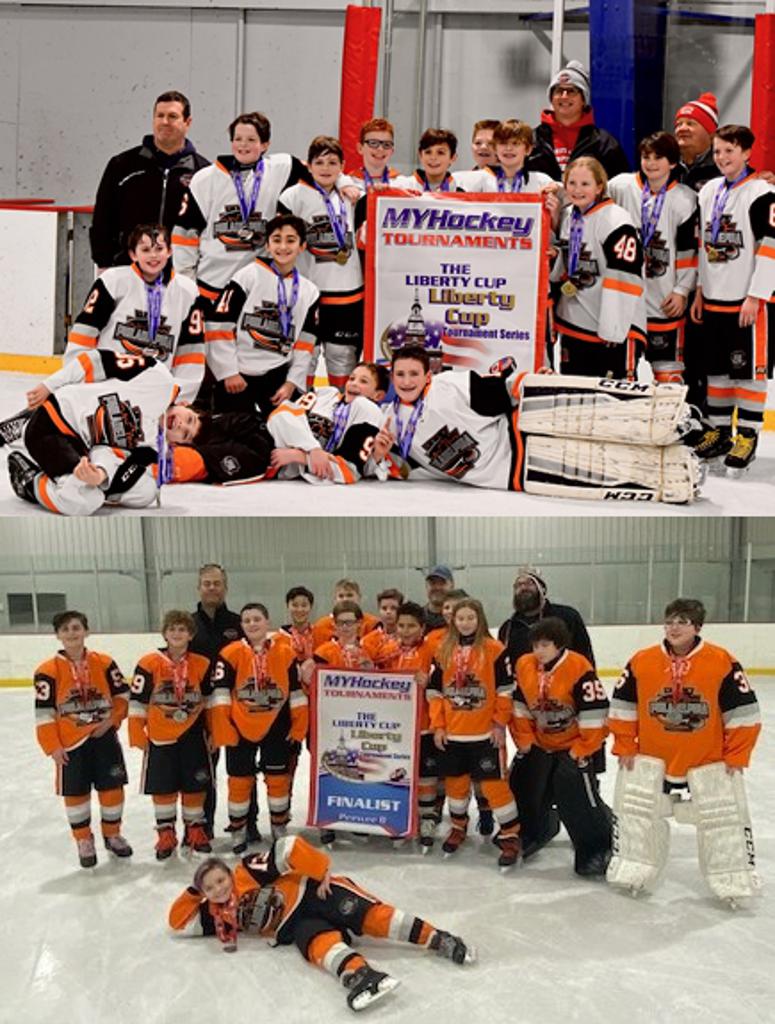