Bantam A National Black - Dax Nguyen – First Star
The Bantam A Black team participated in the EJEPL playoffs this weekend facing off against four opponents.  Dax tallied a total of nine points, including two hat tricks.  One of the hat tricks took his team to a 3-2 victory Saturday night over the Long Island Royals after the team was trailing 2-0 heading into the third period.

Bantam A National Black - Andrew Mermelstein – Second Star
Andrew's solid defensive play allowed the team to win three games this weekend. In addition to being a solid blue liner, he added an assist and two goals - one a solid blast from the point that sailed into the back of York's net in a closely contested 5-3 victory.

Bantam B National Orange - Anthony Barbuto – First Star
Barbuto made 29 saves in 3-2 win over Wissahickon on Saturday including several big saves on breakaways to protect the lead.

Bantam B National Orange - Devon Heckman – Second Star
Heckman got the team rolling with a nice goal in the first period and was the team’s most physical player the whole game.

Bantam B National Orange – Clay Smart - Honorable Mention
Smart had two points (1 goal and 1 assist) and along with all the of the team’s other defensemen, did a great job shutting down the Wissahickon attack. 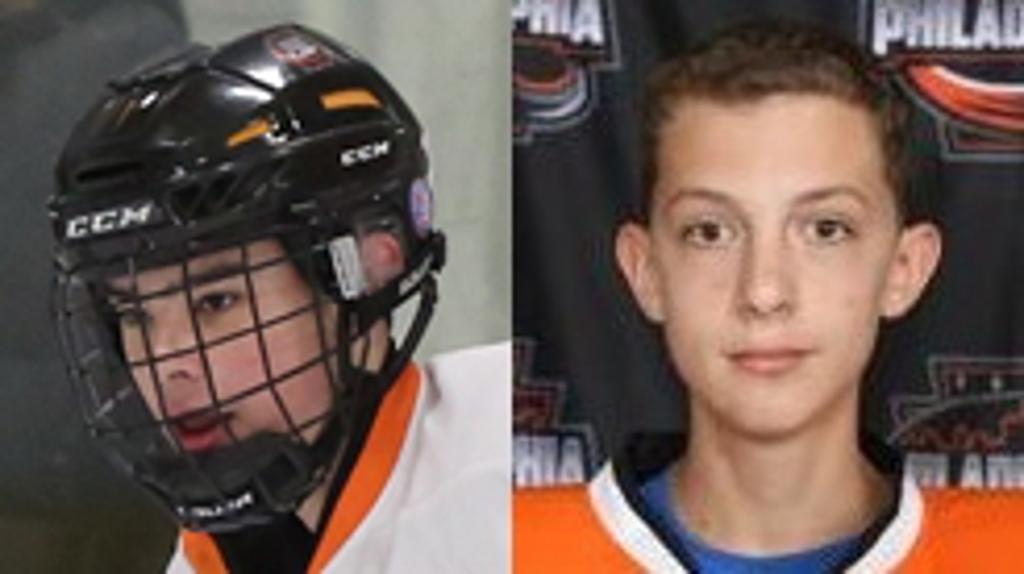 Tag(s): In the News  Bantam A National Black  Bantam B National Orange