Team Philadelphia’s Pee Wee AA won this weekend’s President’s Day Tournament held at the IceWorks Skating Complex. The team went 2-1 in round robin play. They then defeated this season’s nemesis the Montgomery Blue Devils 3 – 2 in the semi-final game (the Blue Devils defeated TeamPHL 3 – 1 in the round robin). The Championship game was epic. TeamPHL team never stopped fighting. Down 2-1: tied it up 2-2. Down 3-2: tied it up 3-3. Then we went down 4-3 with 2 minutes left and it felt over. Coach Ben called a timeout and really picked the boys up. Coach pulled the goalie and with 30 seconds left and the tournament MVP, Henry Spottiswoode, buried the game tying goal. No one scored in overtime, so it went to a 5-man shootout. Our goalie, Zidane “Z” Brena was the star, stopping two huge breakaways. Our first four shooters: Nathan Luo, Henry Spottiswoode, Brady Griffin, and Brody Matthews, had amazing goals. It was a total team victory, with all the players coming together at the perfect time. WAY TO GO BOYS!!!! 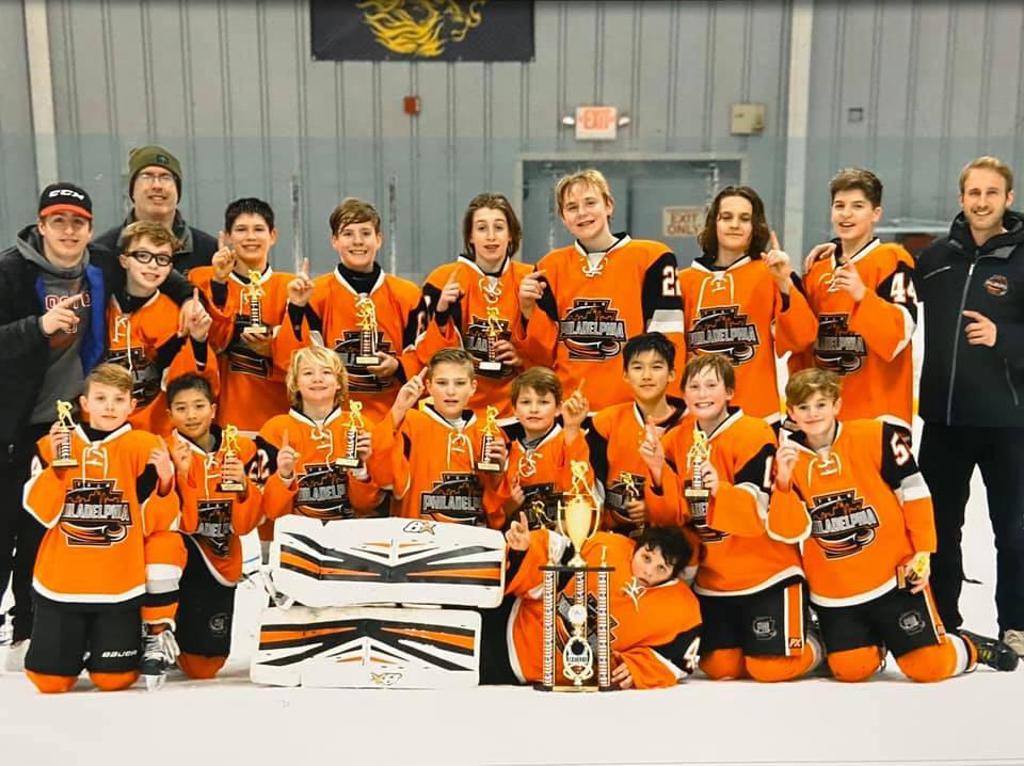